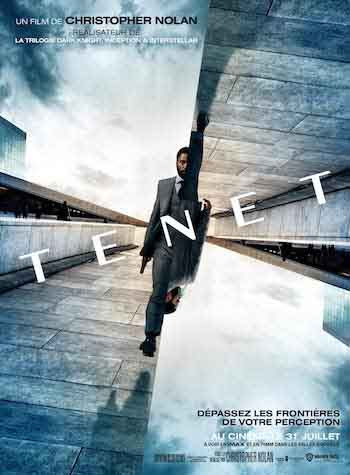 Movie Plot: Armed with only one word, Tenet, and fighting for the survival of the entire world, a Protagonist journeys through a twilight world of international espionage on a mission that will unfold in something beyond real time.

The speech is very mumbled and not clear. The audio dialogue needs remixing and the background score and effects need lowering in volume. The character builds are non-existent. The plot is predictable. Action and special effects are very good but not ground breaking in this age when anyone can really shoot HD and then play it back backwards. Needs a second watch with sub titles.

Clémence Poésy character says in the film “Don’t try to understand it. Feel it.” And later Pattinson character ask to the main character “Does your head hurt yet?” While he is trying to explain part of the plot to The Protagonist and to us as an audience, this is basically the whole movie, visually is great, the score even being loud is also great, the concept of moving backwards is also a great idea that give a lot great scenes, but when you stop to realize, a lot of things don’t make a lot of sense.

Well, I’ve always known I was a little slow to the party but this movie was hard to follow! It might have been the cinema sound mix but my wife and I kept asking each other what they were saying.. the script was hard to hear let alone understand in its abstract form.. we got the gist of the concept but was still hard to piece everything together in the end! I think it’s a movie that requires a few watches to wrap ya head round it, but then again i am a little slow.. lol